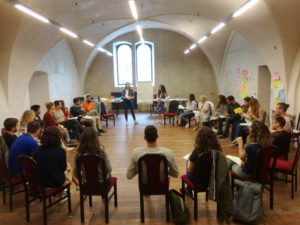 From 14th to 20th of September I took part as a representative of HRYO in a training course found ed by the Europe for Citizens program in Czech Republic, specifically in Litomysl. Litomysl is a delightful town located a couple of hours from Prague. In its historic center stands a beautiful castle, which in 1999 became a UNESCO heritage site. One of the added values of this training was that the activities and the staying were held right inside this castle, specifically in the old breweries, arranged and used as a hostel. A fresh and modern place but at the same time full of history and inspiration.

This training course focused on freedom of expression and human rights. Associations from Greece, Cyprus, Germany, Czech Republic, Poland and Italy were attending. 30 youngsters in the same place, all day, talking, laughing, sharing, comparing, learning from each others. Growing up. A week may not seem enough to establish deep connections, but actually it is. It was not the first time I bond so much with other people in such a short time, but every time it’s always difficult to interiorize it.

Personally I love stories. I believe that human beings are made of stories. We have always lived of stories and we will always do. During this training I asked every participant’ story: there was the Italian guy who barely spoke English but with his expressiveness and his attitude towards life could make himself understood better than anyone else; there was a Russian political refugee who had fled to Berlin because he was persecuted for a project on the political vote; there was the Indian volunteer in Germany who wanted to stay in Europe to study climate change. There were other stories. And then there was me, becoming richer with all of these stories.

Each of these people made possible that the project could be finalized in an perfect way. Also of course thanks to the two trainers, Alex and Luiza, who were fantastic. Always available and smiling, they were able to fully involve us in all activities, managing the timing without being too rigid. 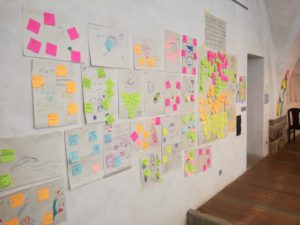 Team working, dialogue, conflict resolution, reflection and debate to reach a common goal were all important elements included during the activities. These tools were used to create cohesion in the group, pushing us to clash and argue, and then eventually making us more united.

All of this obviously through non-formal education, in which the learning process is not meant to be one-way. No coincidence that some hours were consecrated as an open space, in which everyone could choose what they wanted to share, teach, and learn from others.

Before leaving I was very curious to know how other countries with different contexts had managed to conquer freedoms and rights. It was very interesting to learn from the presentations and plays of the participants the facts and the stories that took place in their nations: struggles, protests, requests and sacrifices to gain fundamental rights and freedoms. At the same time it was useful to understand that for some of us certain rights are taken for granted, while for others they are not. Reading it is a thing, hearing it from the voices of those who directly experienced the reflection of these actions is another. 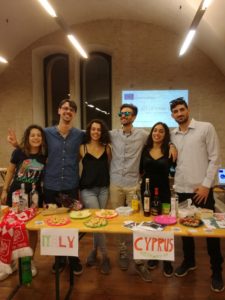 Another activity that really made me think was when we had to identify a series of newspaper articles reporting respects or violations of the 30 points reported in the Universal Declaration of Human Rights. It is surprising how much we got used to the fact that these rights are often not respected, to the point that we see it almost as a normality and we do not consider it outrageous anymore. We must remember not to take anything for granted, not even the most elementary things, and that we too must be part of the cange we want in the society.

It is such a pity that I cannot take part in the third part of this project that will be held Cyprus, but I am sure that the next participants will be able to appreciate the work that will be done.