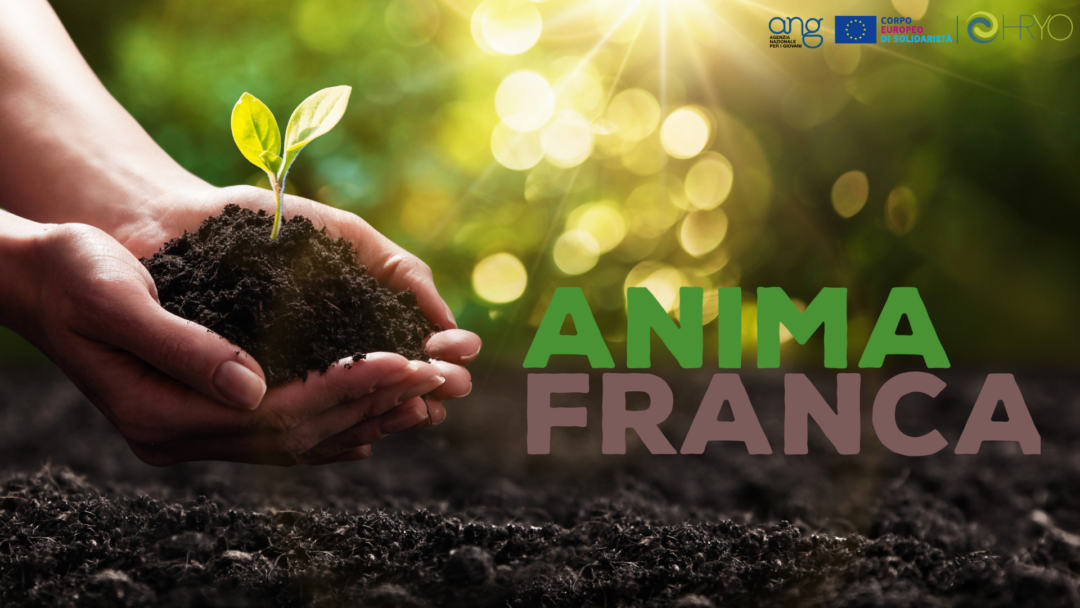 Anima Franca: our fight for a greener future

Natural environment has already been under attack for centuries. Since humans have discovered agriculture, they have massively transformed the globe through the expansion of modern civilization, to the detriment of Earth’s biodiversity. Nowadays changes of climate are happening very quickly, therefore, ordinary ways of adapting (such as migration) are impossible for many species. A strong link has been proven between many cases of mass extinctions (fauna and flora) and climate change.

We can notice easily how fast people are transforming the global environment. In recent centuries, large tracts of forests in temperate regions of Europe, Asia and North America have been cut for cultivation, timber and urban development. The tropical forests are still being cut out and cleared. The number of times ecosystems are overrun by pests, predators, or simply competing species that are introduced by humans, is growing exponentially. Excessive, devastating exploitation of fisheries and forest game is the rule rather than the exception.

The United Nations Environment Protection Program states that the Earth is a place of mass extinction of life, and 150-200 species of plants, insects, birds and mammals die out every day – that is, one species every several minutes. Most conservative researchers believe that to be “only” every few hours. In other words, the current rate of extinction is hundreds or even thousands of times higher than the natural rate, and the process is still accelerating.

All of this is the result of a six-fold increase in population and a fifty-fold increase in the world economy. The Industrial Revolution of the late 1800s was built thanks to the abusive management of the environment (Steffen et al., 2007). Around 83% of the land surface is under direct human influence. We have complete control over 36% of the biologically productive area (Krausman et al., 2013). Half of the world’s freshwater flow is generated for human use. Industry transforms more nitrogen into its active form than all natural phenomena. Industrial and agricultural processes cause constant accumulation of persistent greenhouse gases in the atmosphere, the concentrations of which already reach levels unheard of for at least 800,000 years, and perhaps even much longer (Jozuel et al., 2007), even for several million years.

It is clear that this worldwide dominance of one species must have an effect on other species and on biodiversity. The Millennium Ecosystem Assessment report brings sad conclusions. 60% of ecosystems are degraded and the rate of extinction is 100-1000 times greater than natural processes in geological history. For example, the study by Brook et al. (2003) found that up to 42% of Southeast Asian species could be doomed to extinction by 2100 due to deforestation and habitat fragmentation alone.

To sum up, the present perspective on Earth’s biodiversity is grim. We are conscious that the most mass extinctions were triggered by the rapid onset of global warming, caused by the growth of carbon dioxide emissions to the atmosphere. Before, these emissions were mostly begotten by enormous, volcanic eruptions.

Looking through the prism of the geological scale, these changes appeared in the blink of an eye, thus, were more harmful. What is happening right now is similar. Population, since 1850 has caused the level of CO2 in the atmosphere has rapidly increased. At the present, is more or less on the same range like was in the last 3 to 5 million years before.

We are changing the climate quicker than animals and plants are able to adapt. Although it can be depressing and overwhelming, there is still the chance to stop this destructive process. We are still on time to reverse the worst effects that humans have made on climate change. Supporting conservationist efforts and transition to renewable energy is one of many things we can follow.

Therefore we are working on the project TerraFranca because we strongly believe that taking care of green areas can create a beautiful impact to nature.  Everybody can join us and be a part of something big. It just depends on us. Just give a look at our activity contracted with TerraFranca and AnimaFranca. We hope to see you there with us.

Together we have a huge power!