16 reasons why the climate is changing (for worse!) 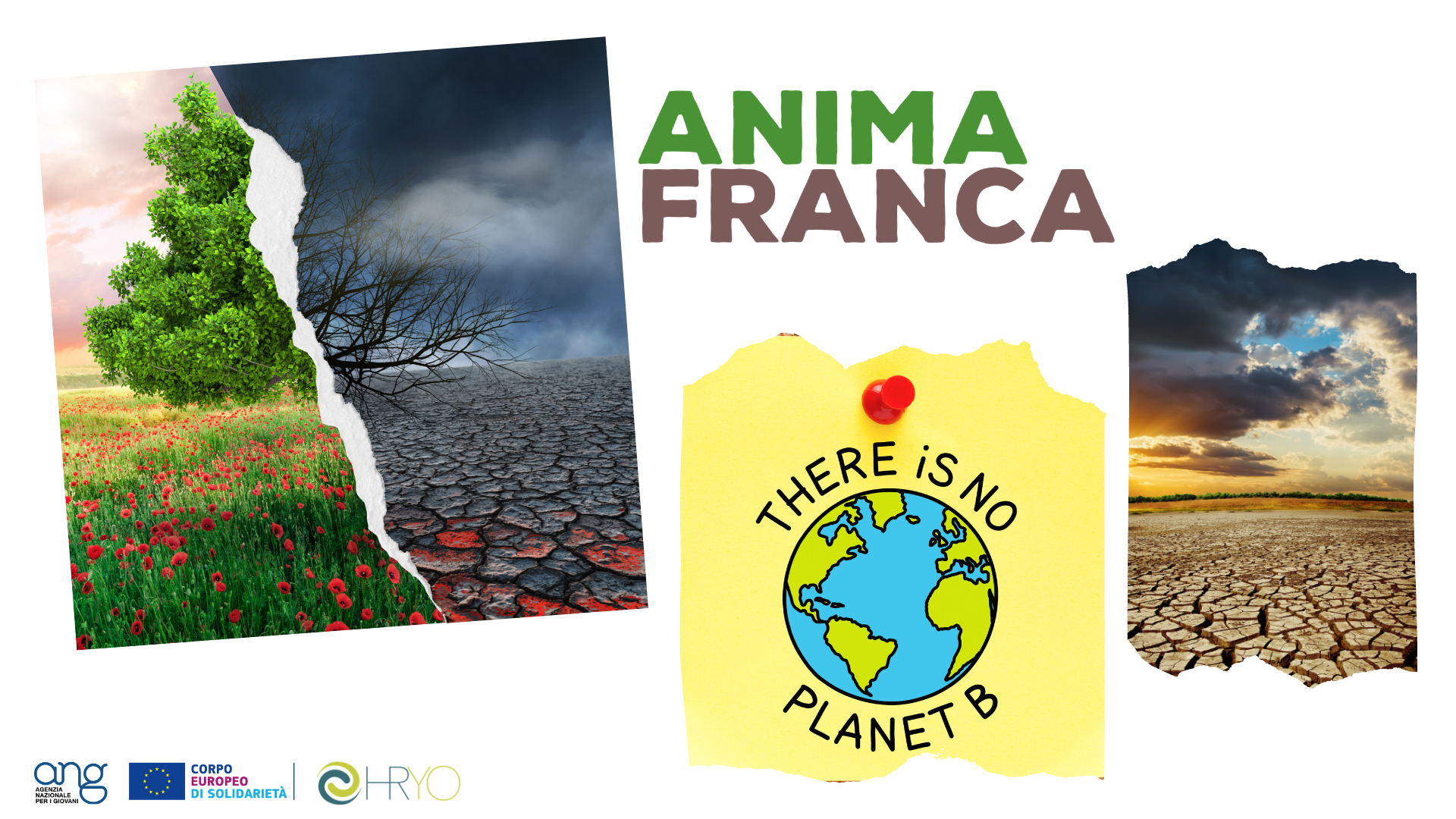 Global temperatures are high and will continue to rise for decades.

Carbon emissions and climate change have major impacts on our ecosystems including air pollution; temperature extremes resulting in droughts and heatwaves; and rise in sea levels resulting in floods. Climate change also poses a major threat to human life causing threats to physical health and survival, food and water shortages, and loss of property, home, and way of life; with the most vulnerable in our society – like children, the elderly, and marginalised communities – often being the most at risk.

So we know the climate is changing, but what exactly is provoking this change?

In this article we are going to present to you 16 causes or reasons why climate change is happening. A new UN report for 2020 warns that the world is not prepared for climate change, highlighting how far countries have fallen in implementing adaptation measures. It adds that COVID-19 has pushed planning for climate change down the list of priorities for most countries.

1. Pollution
There are 7 key types of pollution – air, water, soil, noise, radioactive, light and thermal. All these types of pollution are interlinked and influence each other. Therefore we need to tackle all of them together. Pollution of air, water and soil requires millions of years to recoup. Industry and motor vehicle exhaust are the number one pollutants. Heavy metals, nitrates and plastic are toxins responsible for pollution. While water pollution is caused by oil spill, acid rain, air pollution is caused by various gases and toxins released by industries and factories and combustion of fossil fuels; soil pollution is majorly caused by industrial waste.

2. Soil Degradation
Food security depends on whether or not soils are in good condition to produce crops. According to UN estimates, about 12 million hectares of farmland a year get seriously degraded. Soils get damaged due to many reasons including erosion, overgrazing, overexposure to pollutants, monoculture planting, soil compaction, land-use conversion and many more. Nowadays, a wide range of techniques of soil conservation and restoration exist, from no-till agriculture to crop rotation to water-retention through terrace-building.

3. Global Warming
Climate changes like global warming are the result of human practices like the emission of greenhouse gases. Global warming leads to rising temperatures of the oceans and the earth’s surface causing natural disasters that include flooding, melting of polar ice caps, rise in sea levels and also unnatural patterns of precipitation such as flash floods, hurricanes, wildfires, drought, excessive snow or desertification.

4. Overpopulation
The population of the planet is reaching unsustainable levels as it faces a shortage of resources like water, fuel and food. Population explosion in less developed and developing countries is straining the already scarce resources. Intensive agriculture practiced to produce food damages the environment through the use of chemical fertilizer, pesticides and insecticides. Overpopulation is also one of the crucial current environmental problems.

5. Natural Resource Depletion
We use so many natural resources that it would need almost 1.5 Earths to cover all our needs. This will further increase in the future due to massive industrialization in Asian countries like India and China. Increased use of natural resources leads to a number of other environmental issues, such as industrialization, population growth and air pollution. Over time, natural resource depletion will lead to an energy crisis. The chemicals emitted from many natural resources contribute to climate change. Fossil fuel consumption results in the emission of greenhouse gases, which is primarily responsible for global warming and climate change.

6. Generating Unsustainable Waste
The huge production of waste due to our hyperconsumption is a major threat to the environment. As per the study, the average person produces 1.95kg of waste per day. This hyperconsumption results in non-biodegradable trash in the form of plastic packaging, toxic e-waste, and harmful chemicals that leach into our waterways. When this waste ends up in landfills, it generates enormous amounts of methane, which ranks as one of the worst greenhouse gases because of its high potential for global warming.

7. Waste Disposal
The overconsumption of resources and the creation of plastics are creating a global crisis of waste disposal. Developed countries are notorious for producing an excessive amount of waste or garbage and dumping their waste in the oceans and less developed countries. Nuclear waste disposal has tremendous health hazards associated with it. Plastic, fast food, packaging and cheap electronic wastes threaten the well being of humans.

8. Deforestation
Our forests are natural sinks of carbon dioxide and produce fresh oxygen, as well as helping in regulating temperature and rainfall. At present, forests cover 30% of the land, but every year tree coverage is lost due to the growing population’s demand for more food, shelter and cloth. Deforestation simply means clearing of green cover and making that land available for residential, industrial or commercial purposes.

10. Loss of biodiversity
Human activity is leading to the extinction of species and habitats and loss of biodiversity. Ecosystems, which took millions of years to perfect, are in danger when any species population is decimating. Balance of natural processes like pollination is crucial to the survival of the ecosystem, and human activity threatens the same. Another example is the destruction of coral reefs in the various oceans, which support the rich marine life.

11. Ocean Acidification
It is a direct impact of excessive production of CO2. 25% of total atmospheric CO2 is produced by humans. The ocean acidity has increased in the last 250 years, but by 2100, it may shoot up by 150%. The main impact is on shellfish and plankton in the same way as human osteoporosis.

12. The Nitrogen Cycle
We often ignore the effects of the use of nitrogen by humans. Nitrogen is a crucial component of all life. Problems occur when the nitrogen cycle is not balanced. A process through which it is converted or ‘fixed’ to a more usable form is called fixation. The fixation happens biologically and through lightning, or it can be done industrially. People have learned to convert nitrogen gas to ammonia (NH3-) and fertilizers that are nitrogen-rich to supplement the amount of nitrogen fixed naturally. Excess levels of nitrogen in water can hamper marine ecosystems, through overstimulation of plant and algae growth. This blocks the light from getting into deeper waters, thus damaging the rest of the marine population.

13. Ozone Layer Depletion
The ozone layer is an invisible layer of protection around the planet that protects us from the sun’s harmful rays. The depletion of the crucial Ozone layer of the atmosphere is attributed to pollution caused by Chlorine and Bromide found in Chloro-fluoro carbons (CFCs). Once these toxic gases reach the upper atmosphere, they create a hole in the ozone layer, the biggest of which is above the Antarctic. CFCs are banned in many industries and consumer products.

14. Overfishing
Overfishing affects natural ecosystems severely and leads to an imbalance of ocean life. Around 63% of global fish stocks are estimated to be overfished. Overfishing caused fishing fleets to migrate to new waters that would further deplete the fish stocks. Moreover, it has negative effects on coastal communities that rely on fishing to support their living.

15. Urban Sprawl
Urban sprawl refers to the migration of population from high-density urban areas to low-density rural areas, which results in the spreading of the city over more and more rural land. Urban sprawl results in land degradation, increased traffic, environmental issues and health issues. The ever-growing demand for land displaces the natural environment consisting of flora and fauna, instead of being replaced.

16. Genetic Engineering
Genetic modification of food using biotechnology is called genetic engineering. Genetic modification of food results in increased toxins and diseases as genes from an allergic plant can transfer to the target plant. Genetically modified crops can cause serious environmental problems as an engineered gene may prove toxic to wildlife. Another drawback is that increased use of toxins to make insect resistant plants can cause resultant organisms to become resistant to antibiotics.

Although some things listed before seem catastrophic, there are still so many things we can do to try and stop them, or at least slow them down. By raising awareness in your local community and within your families about these issues, you can help contribute to a more environmentally conscious and friendly place for you and your future generations to live.

If you want to know more about how we, in HRYO, try to contribute to the conservation and development of our green spaces, check our project Terra Franca, and find more about it! You can also get in touch with us if you would like to participate and be part of something bigger for the community.