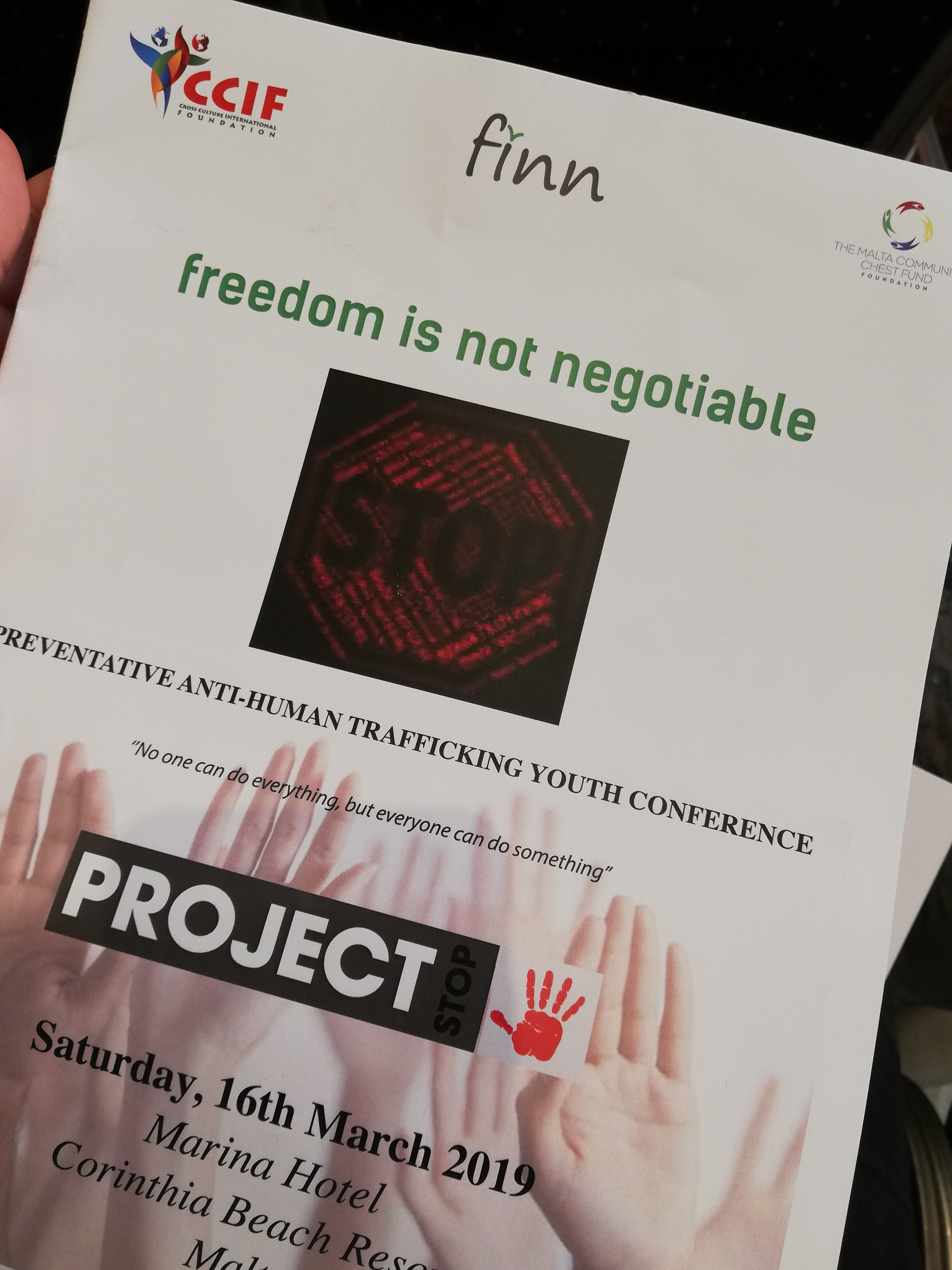 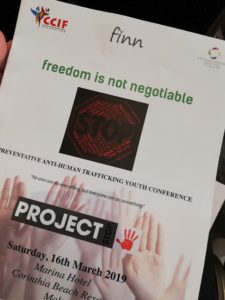 The Freedom Is Not Negotiable (FINN) conference took place in Malta, St. Julian’s, on the 16th of March 2019, and was organized by Cross Cultural International Foundation (CCIF). CCIF is a non-profit organization that has been stationed in Malta since 2012, and it is one of the organizations that H.R.Y.O is cooperating with on many different projects. The conference was a part of different activities connected to a project funded by the Malta Community Chest Fund (MCCF) with the purpose of doing preventative anti- human trafficking work.

The conference started with a performance of elementary school children that had created a role-play, and an informing presentation to show what they had learned about human trafficking. Involving children in the work against human trafficking is of high relevance, as children from an early age needs to understand the dangers as well as recognize suspicious behavior and situations. Especially with the potential modern threat of the Internet and social medias, which makes it easier for predators to approach children. The performance was followed by short welcoming remarks by CCIF president Alec Douglas who among other things talked about the project activities, and the approach they have used, where their focus is to involve all the relevant stakeholders in the Maltese community (such a politicians, authorities, civil community, schools, NGO´s…) to create awareness, and find concrete solutions to work against human trafficking. The welcoming remarks were followed by a speech by the Maltese President Mrs. Marie Louise Coleiro Preca, and then a speech by the Parliamentary Secretary Julia Farrugia Portelli. 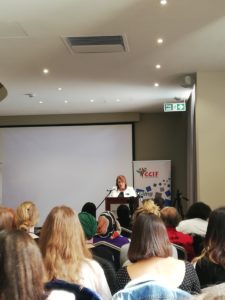 A major part of the conference was to involve the youth participants: therefore CCIF arranged workshops. The participants were divided into two groups, where one group discussed how the youths could be more engaged in the work against human trafficking and how to raise awareness while the other group discussed the political policies and structures that needs to be changed order to create more effective work to end human trafficking. There was a diversity of participants at the conference, and came from different countries, with diverse backgrounds (educational, social and professional) and life- experiences. This made the workshop educational and productive in the sense of sharing knowledge, and point of views on different aspects of the subject.